In 2014, Cat cycled from Montenegro through to Spain along Eurovelo 8. This is her blog post update from Week 8 of the bike tour. 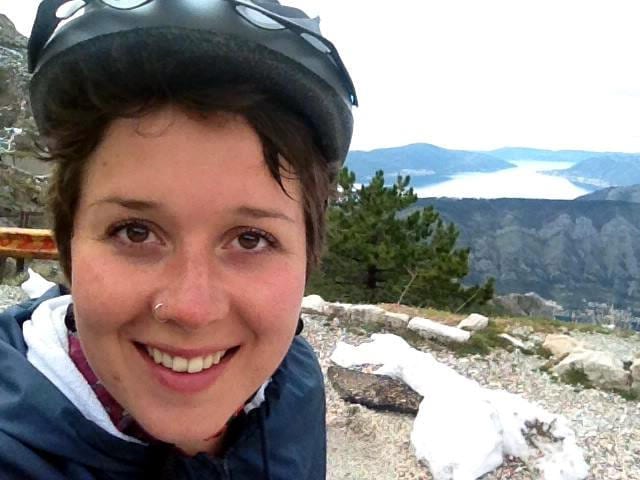 The Town of Bastardo

Good Friday was true to its name. Each time I ride a few days and stop to stay a while in a place I appreciate the creature comforts of a home and the company of my host or friend. Each time I get going again I feel like I’ve walked through cobwebs into a clearing, greedily drinking in the space and freedom of the road and solitude. This day was no different, especially after having spent a full week in one place.

I rode through a town called Bastardo and chuckled, then another called Bevagno where a friendly cyclist showed me the way through and out onto the best road onwards.

He then turned around and went back to the office, he was just cycling on his lunch break. It tickled me that here in Italy where Catholicism is so deeply rooted in the culture, Good Friday is a workday like any other, whereas back home in Australia where we’re hardly religious at all, it’s a public holiday so only the petrol stations are open and everyone else is sitting in the sun drinking beer.

I’ve been reading a travelogue of the late Anne Mustoe who in her fifties left her headmistress job in England and cycled the world. She started on the ancient Roman roads, singing their praises.

She writes that the Via Flaminia is so delightful to cycle that when she retires she wishes to cycle back and forth along it endlessly. A sign directed me onto it and Ms Anne Mustoe was right, at least for the first five kilometres.

After that it disintegrated into a soggy dirt track, and then ended entirely, putting me back on the ordinary road. A little disappointing. She was riding about twenty years ago so perhaps it has not been well-maintained over that time.

After camping on the patio of a train station trattoria I set out the next morning in a cold light rain. The Via Flaminia appeared to start again but that detour risked unsealed roads and that’s no good to cycle in wet weather.

The landscape became progressively more magical, deep lush green forests, old stone arched bridges and finally a mountain with a sign “NARNI”. I took that road because to me it meant Narnia. Google Maps made it appear that the road to Narnia was equal to the alternative route, and they rejoined further south to continue to Rome.

Google Maps didn’t warn me that Narnia was at the top of the mountain.

By the time I realised that the other road would have been much nicer I was already committed, so I pedalled all the way up and over the mountain.

I don’t think many tourists make the effort, even in cars, because despite being a quaint medieval town with old town walls and a castle on top, only a handful of small shops were operating and the few locals outdoors openly stared at me. 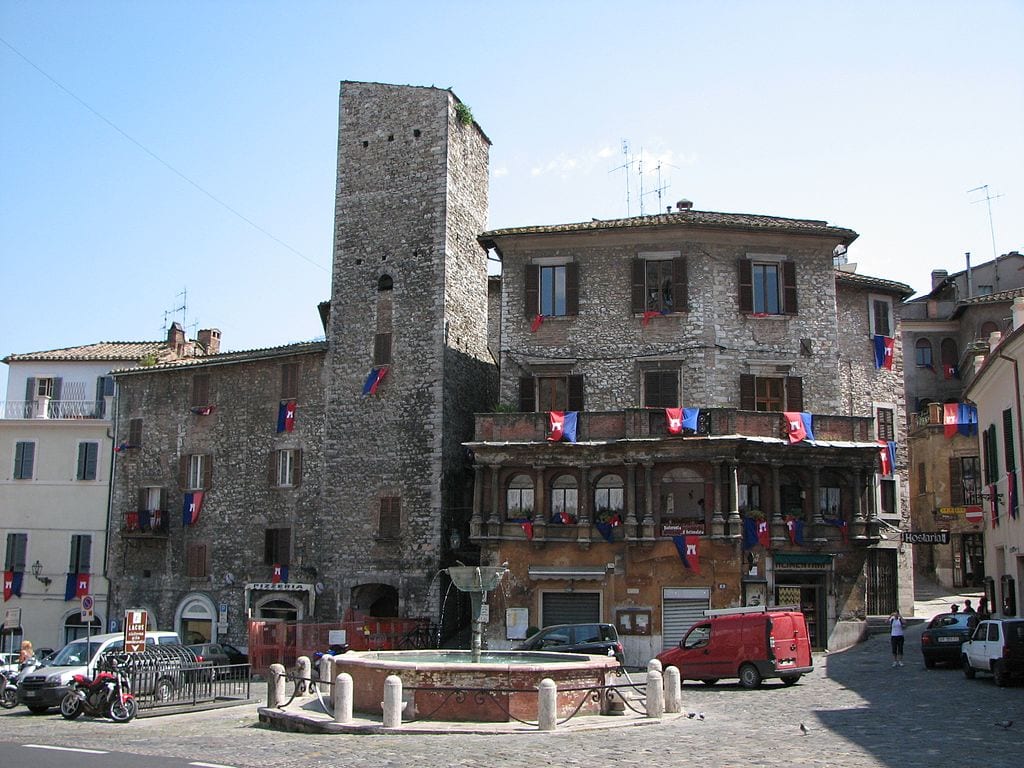 At the top I had a beautiful view of the surrounding forest and could see the other road meandering around the flat green valley below. All I could do was laugh at myself, at least the day was made memorable by climbing a fairytale mountain in the rain.

That evening I took refuge from a violent storm at a small roadside restaurant, where the thoughtful staff gave me space on their back patio under a good roof, protected from the wind by canvas walls, and insulated from the cold stone floor by layers of cardboard under my tent.

They offered me dinner but at 8pm, and I was so tired I had to decline and go to sleep instead. The following morning I was served coffee and cake and wished Happy Easter and good travels.

More updates from this series: