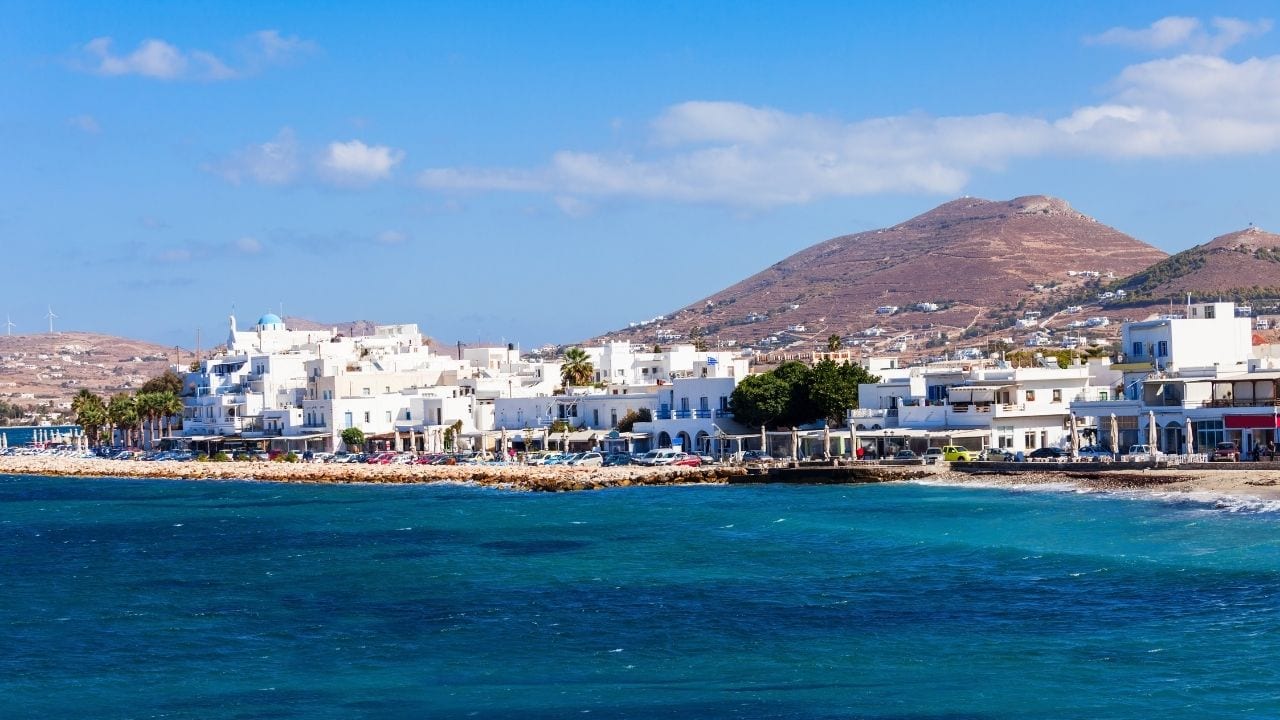 Attracting more of a varied demographic than the more famous Mykonos, Paros seems to be an island for everyone. If you want to party you can, but you can just as easily find quiet beaches, quaint villages, museums, cultural activities and more.

As I have an in-depth travel guide to Paros in the works, I won't go into more detail here about the island. Instead, I'll show you how you can easily get a Santorini to Paros ferry, and where to book your tickets.

Note: If decide you want to visit Paros first and then go on to Santorini, you might want to read my guide on how to get from Athens to Paros.

How to get from Santorini to Paros

Even though the Cyclades island of Paros has an airport, flights between the islands of Santorini and Paros are not an option.

In order to fly from Santorini to the island of Paros you'd need to go via Athens first – assuming there were flight connections that made sense.

This means that the best way to travel to Paros from Santorini island is by ferry. I suggest using the Ferryhopper website to get up to date ferry schedules, prices, and to easily book Paros ferry tickets online.

During the tourist season, there can be up to up to 4 ferries per day from Santorini to Paros. These ferries to Paros from Santorini are operated by SeaJets, Blue Star Ferries and Minoan Lines.

Some of the ferries from Santorini will go directly to Paros, whilst others may make stops at other islands in the Cyclades first. The most common islands to stop along the way before reaching Paros include Ios and Naxos.

Take a look at a map here.

Normally, the faster the ferry the more expensive the ticket, but on the Santorini Paros route this might not be the case due to the additional stops some ferries make.

As mentioned, the best place to see which boats are going from Santorini to Paros is Ferryhopper.

A few travel tips for visiting the Cyclades island of Paros:

The best time to visit Paros is between May and October. The weather is at its best during this period, and there will be more frequent and reliable ferry connections. 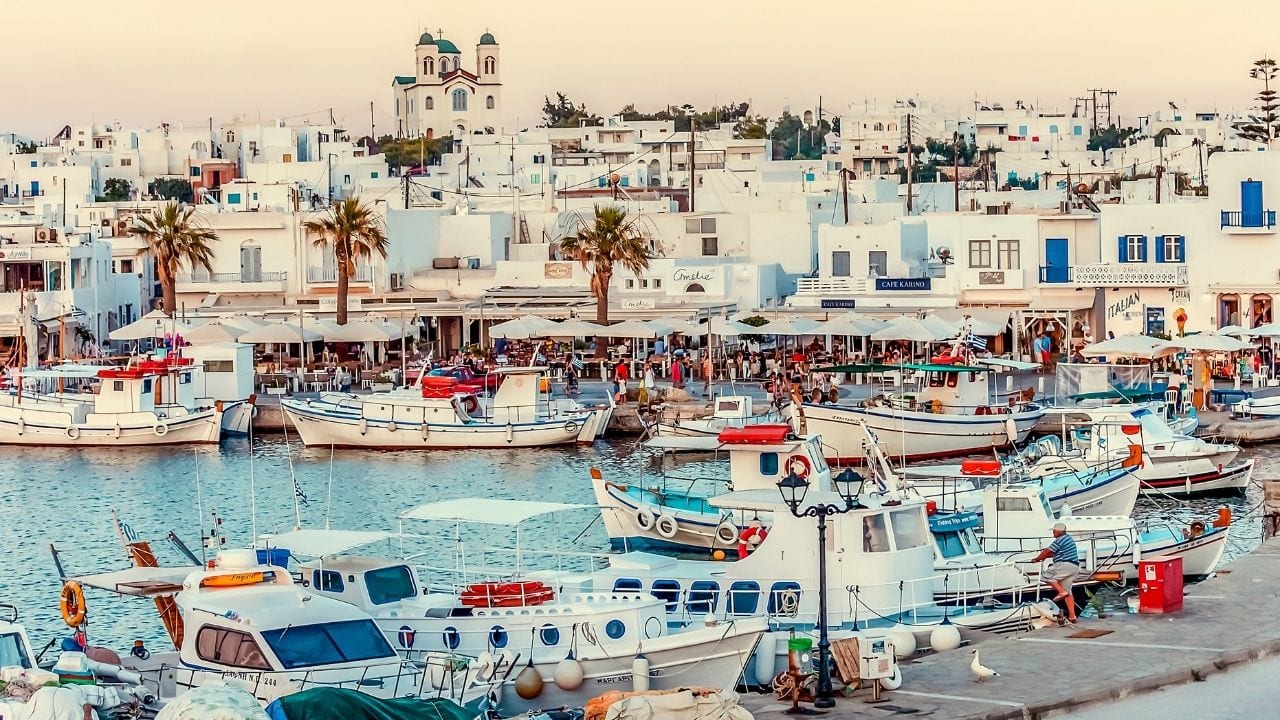 Windsurfing and kitesurfing are popular activities when in Paros, so be sure to head out to Golden Beach and New Golden Beach if that sounds like your type of thing!

Some other ideas of what to see and do in Paros include:

How to take the ferry from Santorini to Paros FAQ

A few of the frequently asked questions about traveling to Paros from Santorini include:

How do I get from Santorini to Paros?

Is there an airport in Paros?

Although the island of Paros has an airport, taking a plane between Santorini and Paros is not possible. If you prefer to fly from Santorini to the Greek island of Paros you'd need to go via Athens assuming there are suitable flights.

How long is the ferry ride from Santorini to Paros?

The ferries to Paros from Santorini take between 1 hour and 50 minutes and 4 hours and 20 minutes. Ferry operators on the Santorini Paros route may include SeaJets, Blue Star Ferries and Minoan Lines.

Is Paros near Santorini?

In navigational terms, Paros is 43 nautical miles from Santorini, which is approximately 90 kilometres.

How can I buy tickets for the ferry to Paros?

One of the best places to look at ferry schedules and to book tickets online for ferries from Santorini to Paros is at Ferryhopper. I think it's better that you book your Santorini to Paros ferry tickets in advance, but you might prefer to wait and then use a travel agency in Greece after you have arrived.

You might also want to read these other Santorini ferry guides: 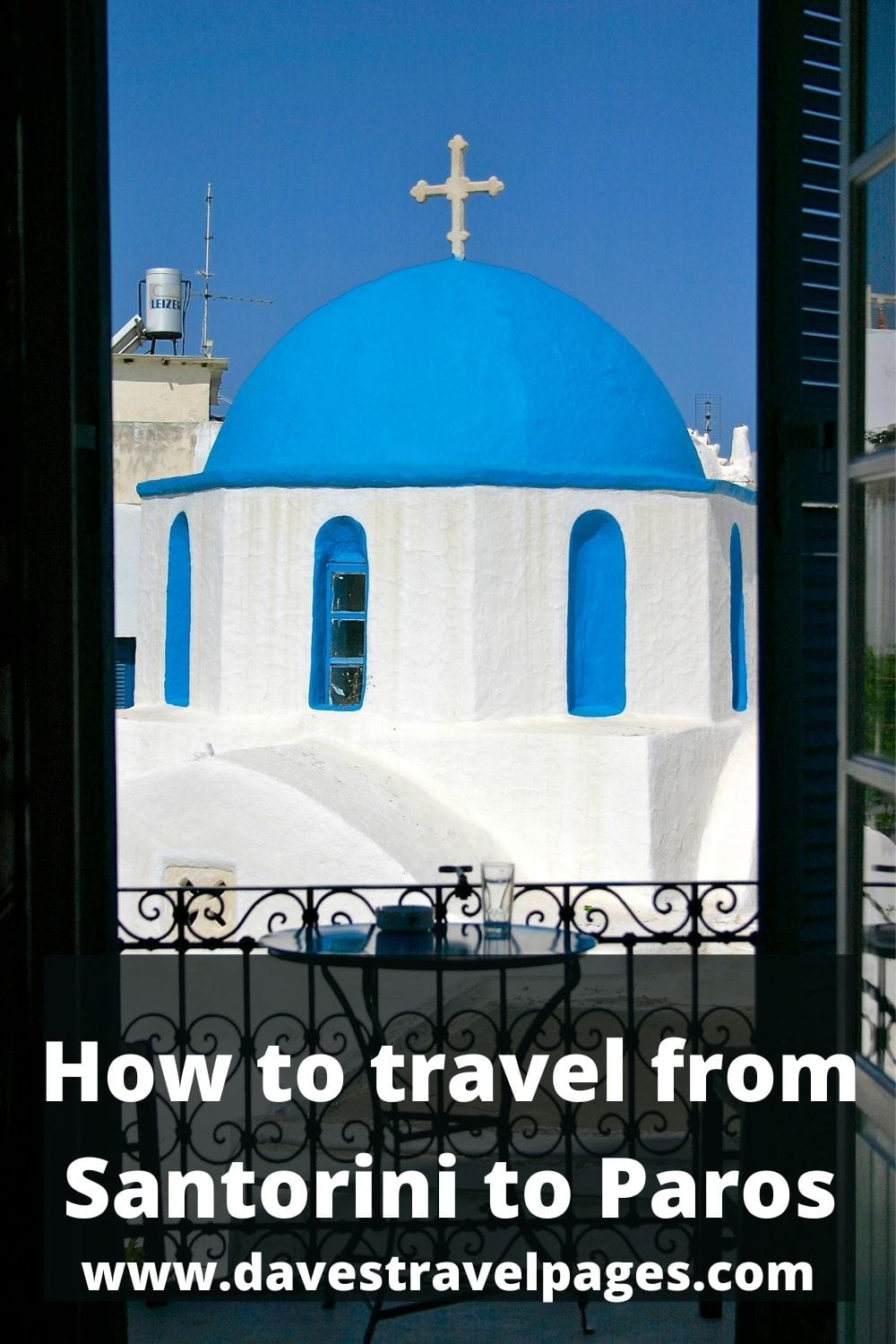 Dave is a travel writer who's been living in Greece since 2015. He's written hundred's of travel guides such as this one about traveling from Santorini to Paros in order to help other travelers plan their own island hopping adventures in Greece.