As part of my bike tour from England to South Africa, I cycled across Turkey. This blog covers cycling from Ankara to Goreme. 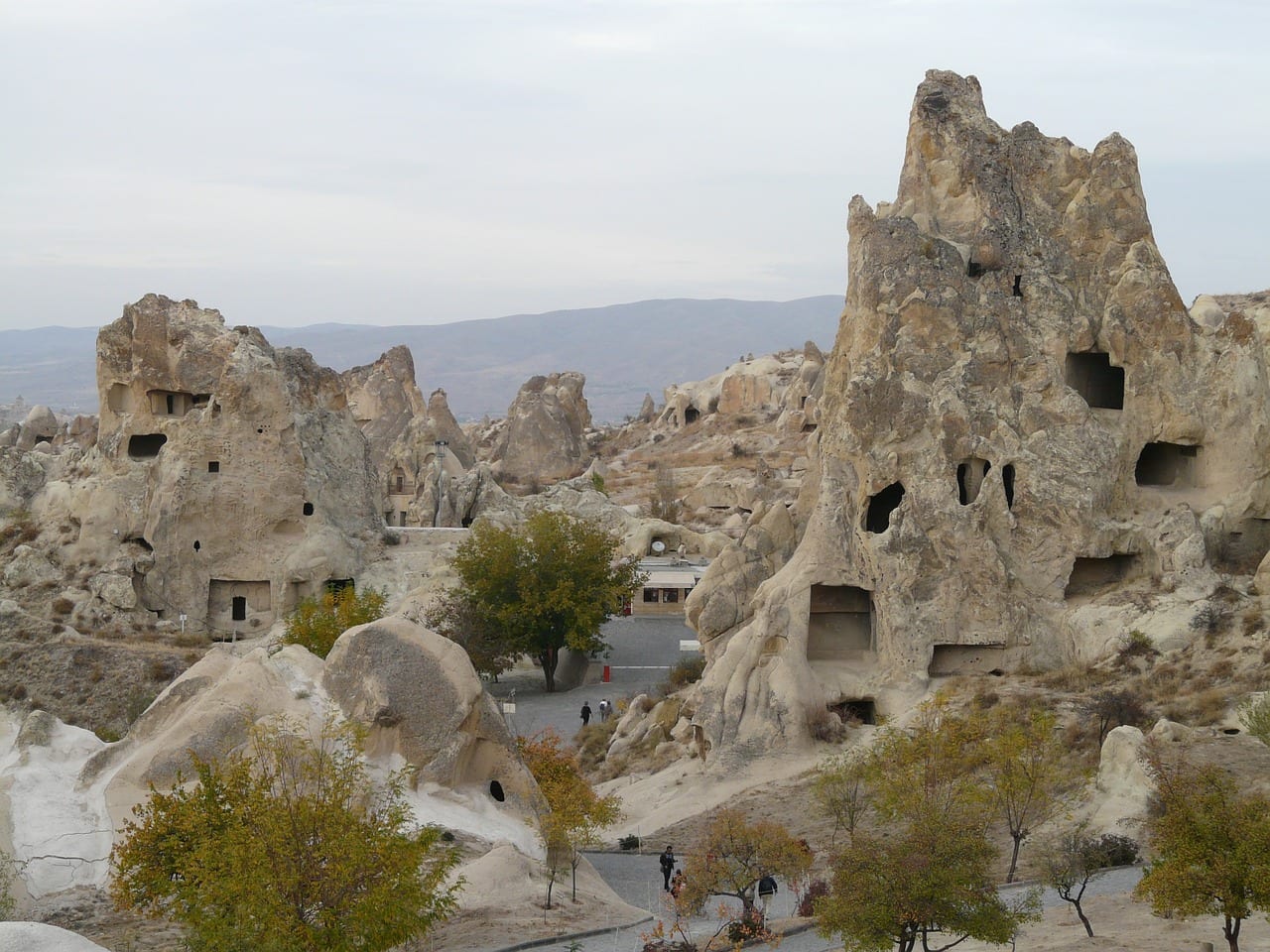 Distance from Ankara to Göreme

The cycling route I took to travel from Ankara to Goreme covered a distance of about 317kms. You can take a look at my rough route here: Map

The following blog post is a continuation of my cycling journey through Turkey as part of my bike tour from the UK to South Africa.

During my exit from Ankara, a couple of local riders on a training run rode with me for a while.

They gave me the address of a rider in Goreme so if I run into any problems, I can give him a call.

The exit from Ankara was pretty simple, and I followed route 750 south, which is signposted to Konya.

The cycling was not particularly hard, but the landscape was ever so bleak. Very barren. The fields are being harvested for potatoes, so it seems that nothing is growing, and Turkish fields are not separated by hedgerows. There were only a handful of trees scattered around which added to the bleakness.

As I was cycling along, I noticed more and more areas which had been used as unofficial rubbish tips. The amount of plastic bottles and bags laying around was shocking, and I hope the Turkish government sees the light, and develops some sort of recycling program.

That said, despite there being almost no bins in towns and cities, they are surprisingly clean. Cleaner perhaps than western cities. It's just a shame the stuff gets dumped in the countryside.

Come on guys, you've got to think about the world we live in and look after it! Anyway, now that bit of tree hugging hippy crap is out of the way, back to the cycling. I covered about 90kms before days end.

The exposed countryside continued again today, but this time it and everything else seemed to conspire against me.

A crosswind picked up, from which there was no respite as there were no hedges, a slight incline in the road and a rough surface all combined to sap my strength and moral.

I was cutting through it all like a brick moving through treacle, and the wind was sending me deaf.

I really had to shout hard to hear my own words.

‘Bollocks, fucking hell, bastard features, fuck' could only vaguely be heard, although I did frighten a few shepherds along the way.

To really dig it in, the road on the opposite side going the other way was perfectly smooth, a cyclists dream.

Oh well, it's just head down and shouting which gets me through in times like that!

About halfway into my planned day, I checked my phone for messages, and Mum sent me one saying that I had received a letter mentioning something about a direct debit being authorised. I didn't know anything about it, and so took this as a sign that I should get to the nearest town, stop for the day and sort it out.

The next 10kms I did in about 10 minutes. Result – No problem with the account. Fleabag hotel room where I managed to get free WiFi access for the net from somewhere. A short day.

It was an overcast day, but not bad cycling conditions. The road was ok, and I made good time early on.

On every trip I make, I seem to meet some pretty odd people (its mainly why I travel!), and this trips two candidates for the craziest people award were an elderly French couple who were walking to Bethlehem.

They've been on the road for seven months now, and hope to make it to Bethlehem for Christmas. Walking. Hmmm.

Each to their own, but by their limps, I'm guessing that they hope the wings they are trying to earn will come early!

I made it to Aksaray, which actually has a proper campsite. The toilets and shower blocks are nailed shut as its the end of the season, so I was forced to slum it by taking a shower in the next door five star hotels fitness room.

The bonus of the campsite, is that I was camped beneath some apple trees, which although full when I arrived, seemed mysteriously stripped bare when I left.

Day 84 Day off in Aksarav

It was a cold, wet and miserable morning. As I didn't want to be either cold, wet or miserable, I decided to take the day off.

I felt guilty for all of two seconds, then built myself a bridge, and got over it.

Spent the day researching the Sudan section of my trip, which will be by far the toughest section, although obviously, I have to get there yet!

It was another cold, wet and miserable morning. I didn't want to be any of those things, but sometimes you can't have what you don't want, and so you are.

(There was a lot of double negatives in there, but I think you get my meaning. Do you?)

Anyway, I packed up my tent and moved on out. My not so waterproof coat and trousers did a tremendous job for the first five minutes and then decided to give up, leaving me soaked to the skin with four hours of cycling ahead of me.

The weather varied between drizzle, downpour, torrential, and monsoon, so at least it wasn't exactly the same all day.

As a consequence, there was little enjoyment to be had out of the days cycling. Actually, to tell the truth, there was none at all, apart from when it ended, and you can't really count that.

The entrance into Goreme was pretty spectacular though, and the landscape looked just like a film set. Found myself a nice cheap hostel where I'll spend maybe four nights whilst I explore the area and see some sights and sites. Had dinner with an Israeli couple who were also staying at the hostel. 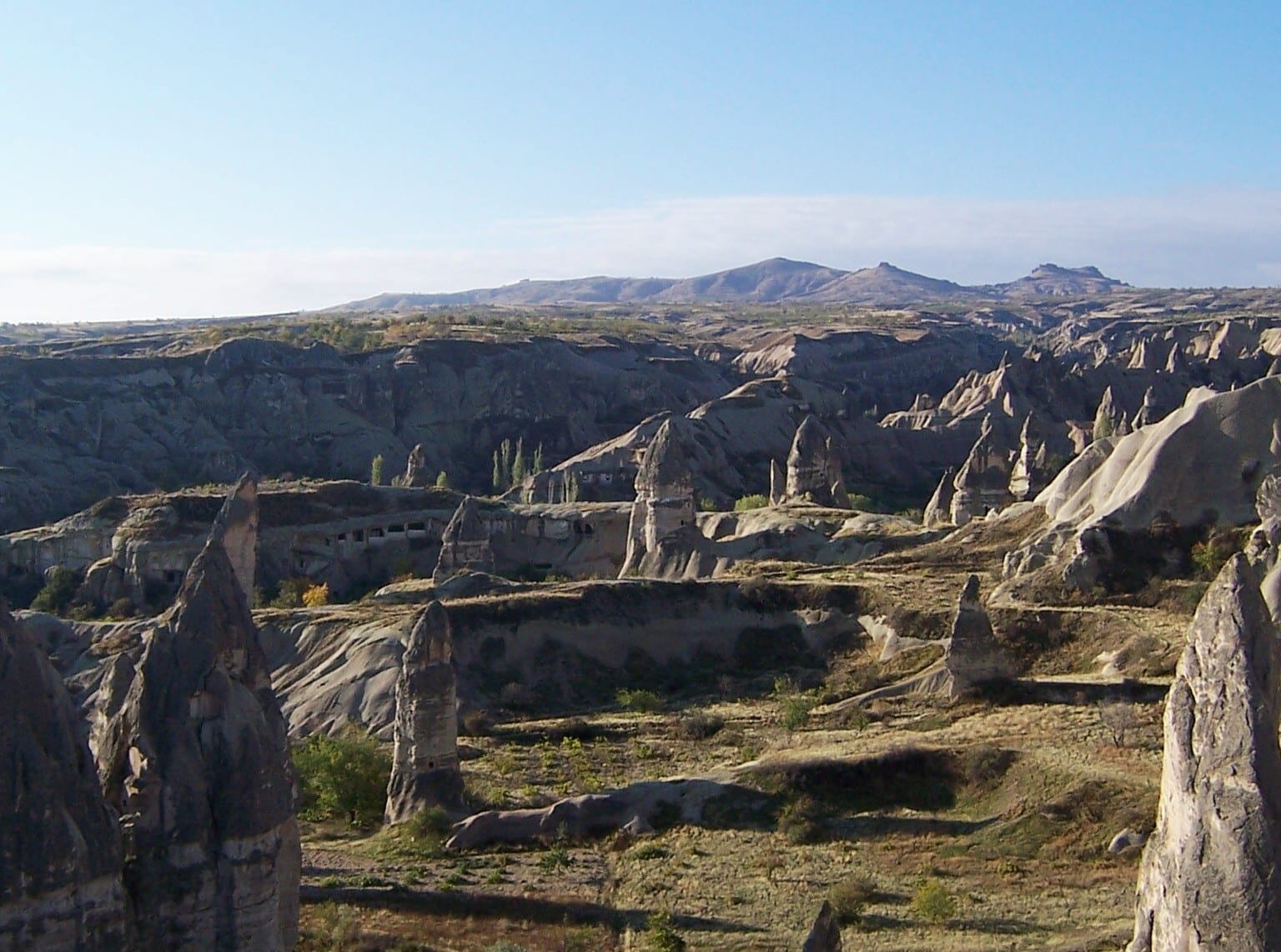 The sky was clear early in the morning, so I walked to the top of the hill overlooking the Goreme valley before breakfast to take a few photos.

There were some hot air balloons just taking off as well – bet they had a good view!

The landscape is truly remarkable, with ‘fairy chimneys' dotted all over the valley, most of which have been carved out to make churches or pigeon homes.

With the photo task done, I walked back down to the hostel for breakfast. The Israeli couple were there, and a Spanish guy turned up.

Bernd, a German historian and temporary caretaker of the hostel offered to take us on a tour of some interesting places around the village of Goreme.

I have to say it was one of those special, unplanned days which make a stay in a place such as Goreme worthwhile.

We got the chance to see many things that a package tourist would never get the chance too, as although Goreme has the ‘open air museum' which everyone visits, there is far more to see around the village.

The most special place was an early basilica, based on Arab design, but by Christians and carved out of the rock.

The most outstanding feature was a stone carved ‘two way' pulpit, with stone steps leading up to it on opposite sides. The whole history surrounding the area is fascinating and mysterious … I could stay here for weeks! On a more practical note, I gave in a bunch of smeggy clothes to be washed.

It was a bit overcast and cold, so I decided to take a veg day. I got clothes back, managed to find an ATM which dispensed US dollars which will come in handy later on in my trip, and generally farted around.

Day 88 Day off in Goreme

I have to say, the breakfast at this hostel is absolutely out of this world. Lots of it and very nice too!!

The weather was a little better, so I decided to do the Goreme ‘open air' museum. It was ok, but not as good as the unofficial tour from a couple of days ago.

The amount of tour groups was a bit off putting. That said, I've signed up for a tour of the local area for tomorrow! In the cafe it was fascinating watching the men collect freshly baked bread after their days work… How exciting is my life!!

After breakfast, I went out to meet the minibus for the local tour of Cappadocia. The tour was reasonable, but the guide was next to useless unfortunately.

She'd learned what to say off by heart, but couldn't answer any questions due to her bad English and lack of knowledge.

It was good to have visited the underground city of Derinnkuyu though. I first read about them years ago in an Erich Von Danekin book. I can't say that I agree with his spaceman theory, although the underground cities are mysterious.

Why there should be so many of them in this area, why carved so deep, and when were they constructed are all unexplained.

Although the early Christians used them as places of refuge in times of need, they were already in existence before they came along. At night, I had a meal with a couple of Kiwi girls from the tour who were ok people.

Day 90 Day off in Goreme

Another day off in Goreme, doing some more clothes washing and generally resting. Tomorrow, the big push towards the Syrian border begins! 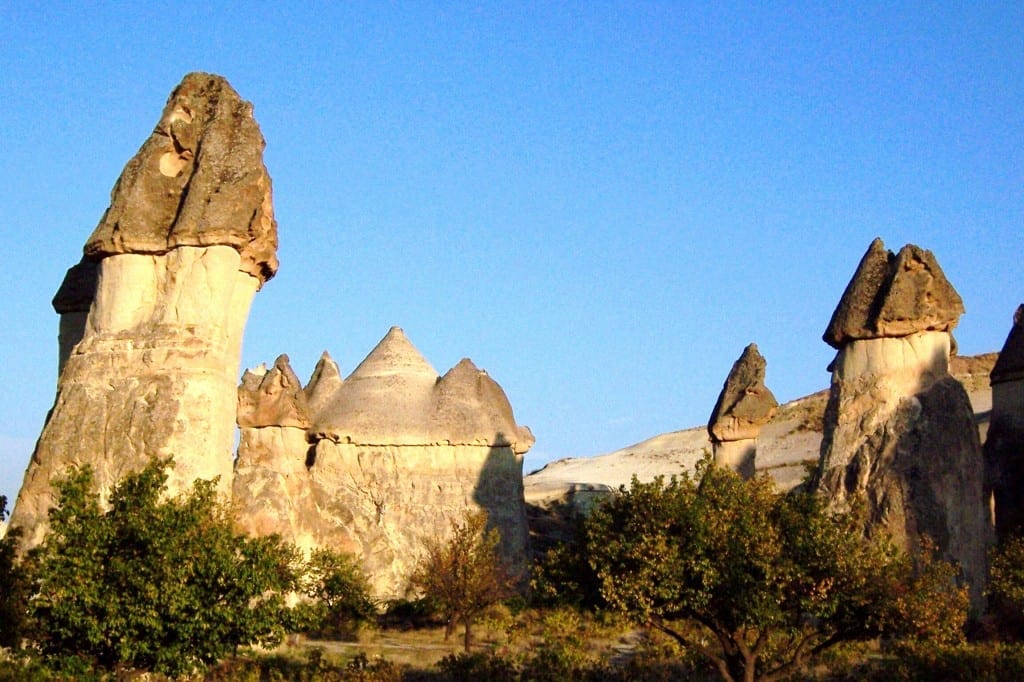 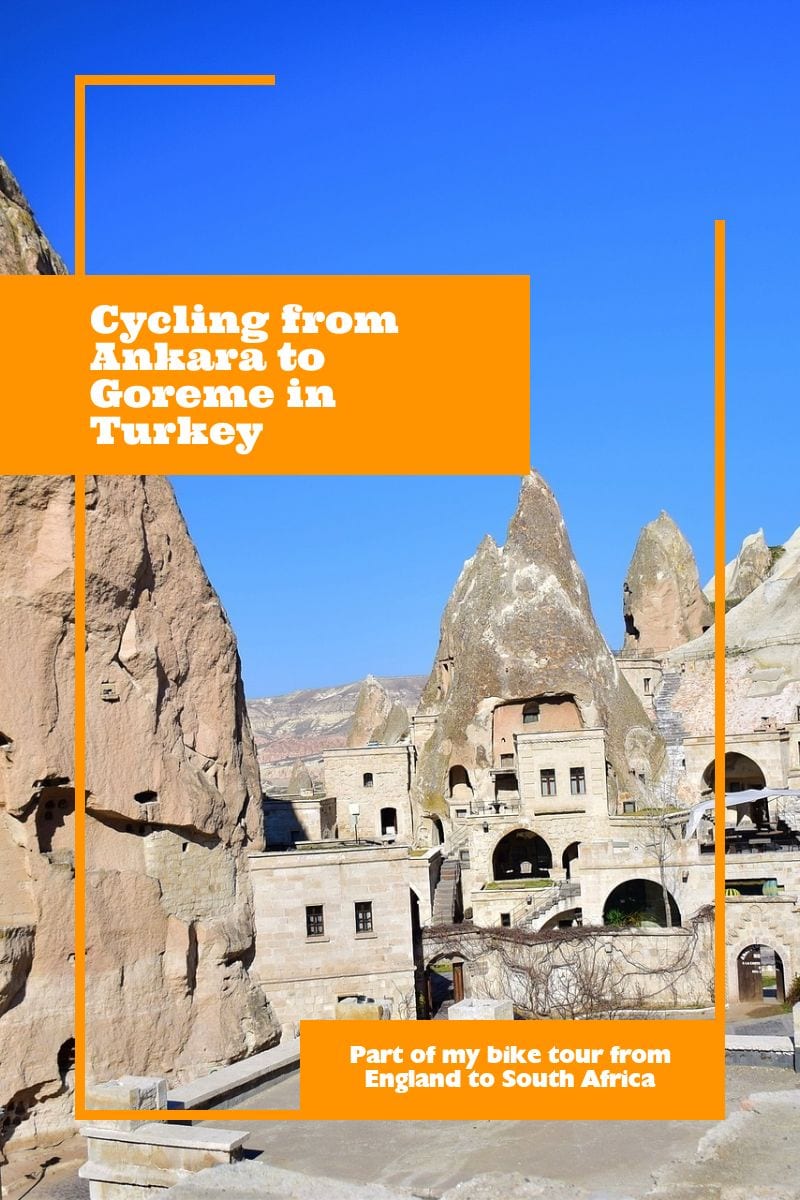