During this stage of my England to South Africa bicycle tour, I cycled from Goreme to Antakya in Turkey. Here's my blog posts from each day. 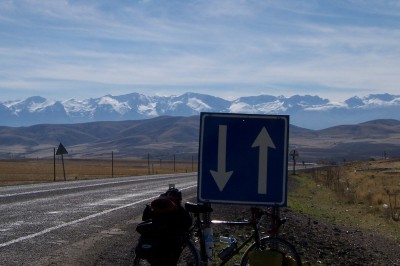 I really enjoyed my time in Goreme, and can see myself returning there at some point, as well as seeing the coastal sections of Turkey that I didn't get a chance to visit on this trip. Anyway… Onwards!!

The week off from cycling seems to have done me some good, and I hit the road again with a renewed energy and enthusiasm.

The initial hill out of Goreme was a bit tough, but after that I settled into a good rhythm.

The roads were a bit rough in places, with large stones sealed into the surface rather than smooth tarmac. I figure that this is for when the snow comes, in order to give the car tyres more grip.

When I reached Nigde, I booked into a hotel. Although the hostel I had been staying at in Goreme was excellent value with a massive breakfast all for four pounds a night, its major drawback was the showers. They were outside, and with no hot water, so I hadn't really had one in a week. The hotel in Nigde had an actual bath though, so I had a good wallow. Bliss!

Day 92   Cycling from Nigde – Some town beginning with P

A great days weather and cycling. It was a clear blue sky, but not too hot and with no wind making it perfect cycling conditions.

The highlight of the day was cycling up some very steep hills, with snow capped mountains to one side. After that, it was mainly downhill through a gorge or valley, with the mountains on my right and through lots of rural areas.

A very good day. – Not too sure what the town was called as it wasn't signposted and that part of my map had disintegrated.

There was a lot of climbing at the start of the day leading up the hills with woods on either side, but it was a minor road with almost no traffic.

In part they may have to do with the fact that Ramadan has ended, and now its a three day holiday… the people that I did see were happier than usual.

An hour or two into my day, I saw the crazy French walkers again, and stopped for a chat in Franglais before heading on to Adana It's a big industrial city with a big mosque. That's all about Adana really! 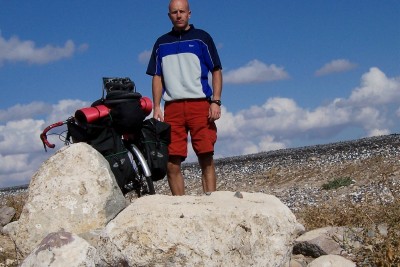 It was a long, hot old day today. Not a lot to report…

Some guys gave me free drinks and biscuits at a petrol station.

This hotel room is dirt cheap.

There's a mossie buzzing around I can't seem to kill.

Just had some freshly baked bread.

Another longish day, and quite a tiring one.

Midway through, there was a 500 metre rise in a little under 7 kms. Now that may not sound a lot, but what it actually translates into is near vertical climbing for over an hour.

The views were pretty good, and the descent compensated, as I then turned a corner, and the wind started pushing me along. About time too!

I reached Antakya and booked into a hotel for what will be my last night here in Turkey.

I've really enjoyed this country, and the people are just wonderful, and I can see myself returning some day.

Tomorrow, I cycle 45 kms to the border with Syria. No doubt there will be a bit of arsing around there, and then I have another 50kms to cycle to Aleppo, which is the first major city in Syria.

I've still been unable to buy a map of Syria, but I'm sure I'll muddle through somehow. Bicycle touring navigation is always fun!

I'm really looking forwards to the next section through Syria, as there are supposed to be some quite spectacular ruins right in the middle, which should be a challenge to reach.

I'm guessing that my time in Syria will be two weeks, and although internet access is available throughout the country, I will probably update again from Damascus in a couple of weeks time.

That's all for now folks! 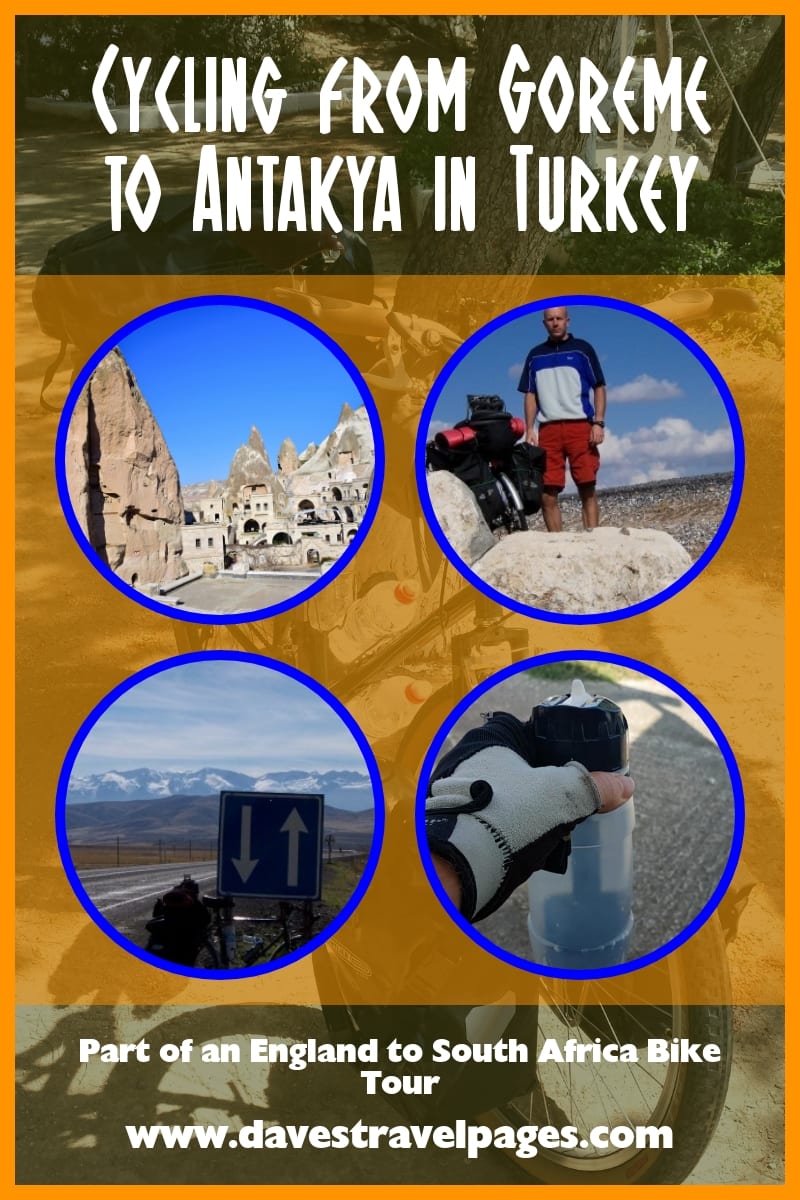