Last Updated On November 17, 2020 by Dave Briggs Leave a Comment

The ninth bike touring blog update of my bicycle tour from England to South Africa. This covers cycling through Bulgaria and to Istanbul, Turkey.

The first section of this cycling blog covers bikepacking in Bulgaria. Unfortunately, I never had time to check out the great things to do in Sofia, but it's there for next time!

As you can tell, this cycling blog was written in 2006. Although reformatted in 2020, the text is exactly the same.

I was looking forwards to seeing the archaeological site in the morning, but unfortunately, when I woke up, the entire area was shrouded in mist and clouds. It would have meant that I couldn't see a great deal, so I decided to push on instead.

The ride to Varna was nice and easy, and when I reached the centre, I found the hotel no problem. 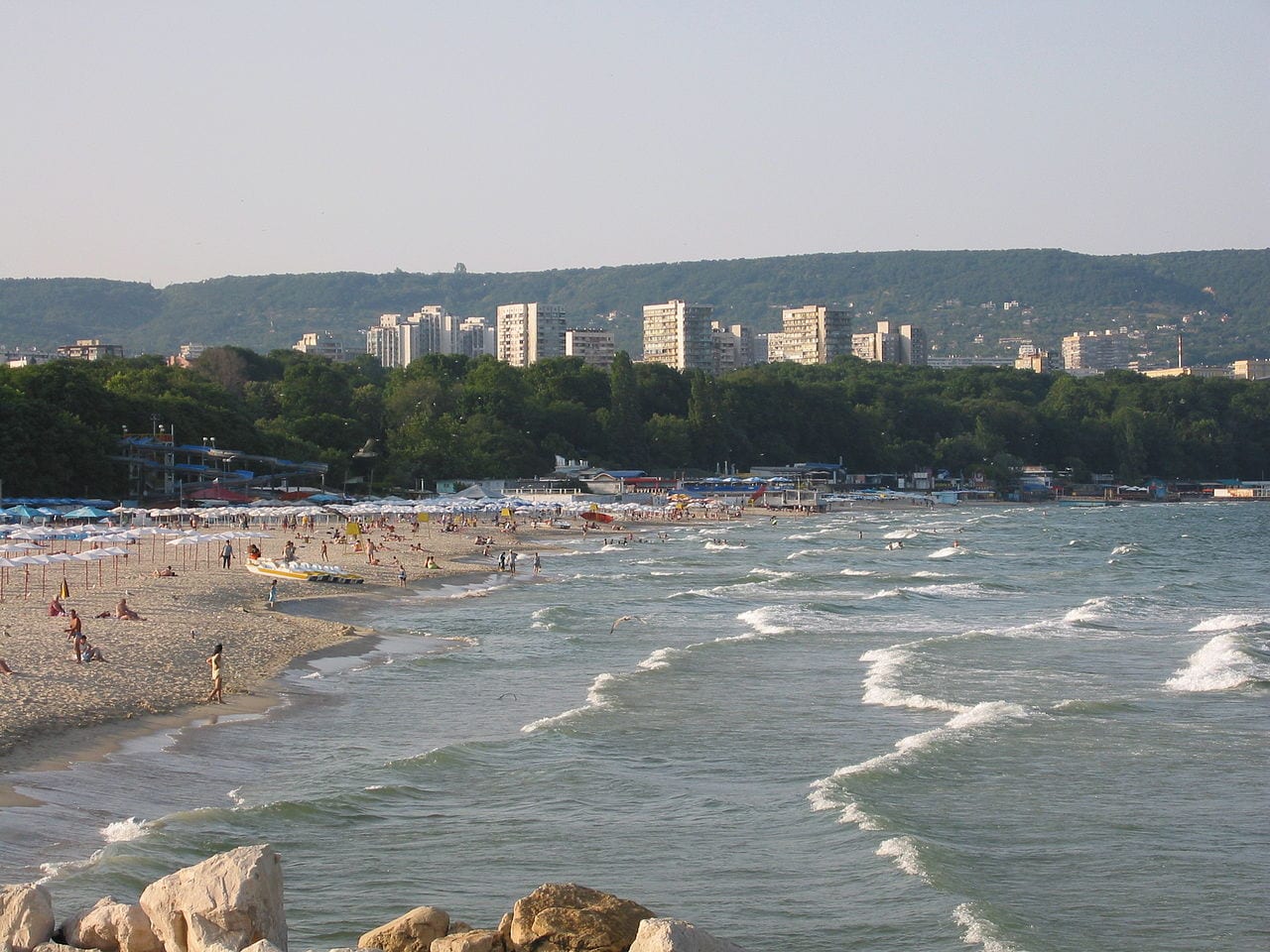 Not much to report in the bike touring blog today as this was a day off from cycling.

Varna is a nice enough city, with some great places to eat. (I went on an eating frenzy!!). It also seems to be the main location for people to come who want to buy property in Bulgaria.

Leaving Varna was simple enough, and although there were some steep climbs, there was nothing too outrageous.

One of the country lanes I cycled along was where all the prostitutes touted for business, and they were spaced out every 300 metres or so for about 6 kms, so the scenery was varied too.

For the next day or so I will be following the Black Sea Coast, and I stopped off for the night in a town called Bjala, where I booked into a ten pound hotel for the night.

It started off raining today, and it just carried on. And on, and on. Not the most enjoyable of cycling conditions given some of the steep climbs as well, but that's life for you.

With deadlines to meet, there is no choice but to just get on with it. 80kms of being wet and cold… lovely!

Its a shame really, as some of the views of the Black Sea Coast would have been spectacular.

I passed through quite a few areas that are being developed in the ongoing Bulgarian property boom, some of which are just plain ugly.

I could see the appeal of buying a small cottage in a village, but not an apartment in some huge complex, but I suppose people buy those as rental properties.

Anyway, I eventually made it to the hotel that I had prebooked and dried out. I checked my email in an internet cafe, and was pleased to see that my hostal and hotel booking website has earned me another commission payout. Income for doing nothing, that's what I like!

After a big breakfast, I set out for the Turkish border. It was an overcast day, but it thankfully only rained for a little while.

The going was hilly, and my cycling computer decided to work quite erratically, although I couldn't trust the numbers it was giving out, so no boring statistics update, which I am sure will be a shame for people out there!

I reached Malko Tarnova, the last town on the Bulgarian side of the border where I had intended to stay the night, but the town was so rubbish I decided to push on into Turkey instead.

There was a steep hill to climb before I reached the border, and then I  left Bulgaria and entered Turkey.

I had to buy a ten pounds visa for Turkey, but there were no major border issues. I carried on for an hour more, but it was getting late in the day, and there was no way I was going to reach a town with a hotel in time.

Somewhere between Korukoy and Demincihalil, I pulled over to the side of the road near a quarry and pushed my way through trees until I found a clearing where wild camped for the night.

It was quite misty when I woke up and set off, but soon cleared as I descended  from the hills.

The first hour or so was good going,with wooded hills all around and not much traffic. After that though, a tremendous wind picked up which made the whole day into a long, hard slog.

A couple of times I almost got blown off the road, but I persevered until i reached the town of Vize, where a hotel called me in. It felt good to have a shower!

My first impressions of Turkey are – Every town seems to have some sort of army presence. The villages are similar to those in Romania, but instead of churches they have mosques. The dogs are bigger and fiercer than Bulgaria.

Made the most of breakfast, and set off on my merry way. No wind and much more pleasant!

Not a lot to report, although obviously things happened from animated sign language/english/turkish conversations to dogs chasing after me, but it's all in a days work.

Finished up in a hotel 50kms from Istanbul.

Where yesterdays hotel was brilliant value for money and good quality, this one was its opposite.

From the outside, it looked like it should be four star, and on first glance the rooms looked pretty good.

It's only after I had been there for 15 minutes that I realised that the entire place must have been built by Mr O'Reily, the builder from Fawlty Towers. Oh well, life is still good! 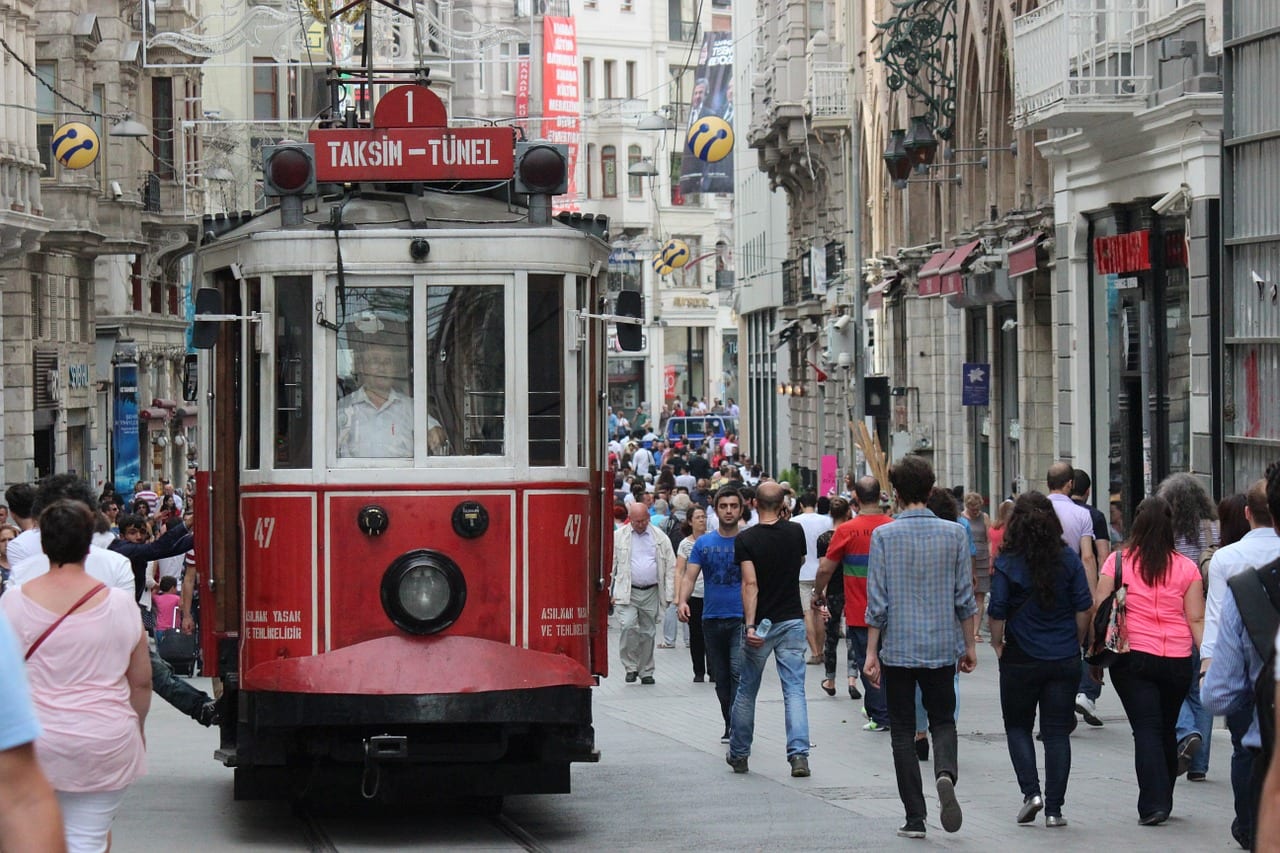 Breakfast was as shabby as the hotel. Its a pity i couldn't find a garden gnome (watch Fawlty Towers!).

I got underway, and stuck to my intended route (20) to Istanbul, which was almost traffic free along quiet country roads.

About 20kms from the city centre, things started to change however, and the chaos of cycling in Istanbul began.

I found myself laughing at some points, as I realised how ridiculous I must look in my cycling shorts and top, riding a heavily laden bicycle through the suburbs of Istanbul.

I haven't seen another bicycle tourist in days, but today was unusual in that I didn't see any other cyclists whatsoever, although you would have to be crazy, insane, or Dave Briggs to ride a bike into Istanbul. (There are plenty of other people who have done/will do it though).

Anyway, after 2 and a half hours of cycling through dense traffic through a huge city which I have no map for, sucking exhaust fumes and stopping to ask for directions frequently, I eventually made it to Sultanahmet where I found my hostel.

So, this is the first stage of my journey, England – Istanbul, now over. 66 Days on the road, but now I will take a week off to organise visas, sort out my bike, and work out a rough route for the rest of Turkey, Syria and Jordan. 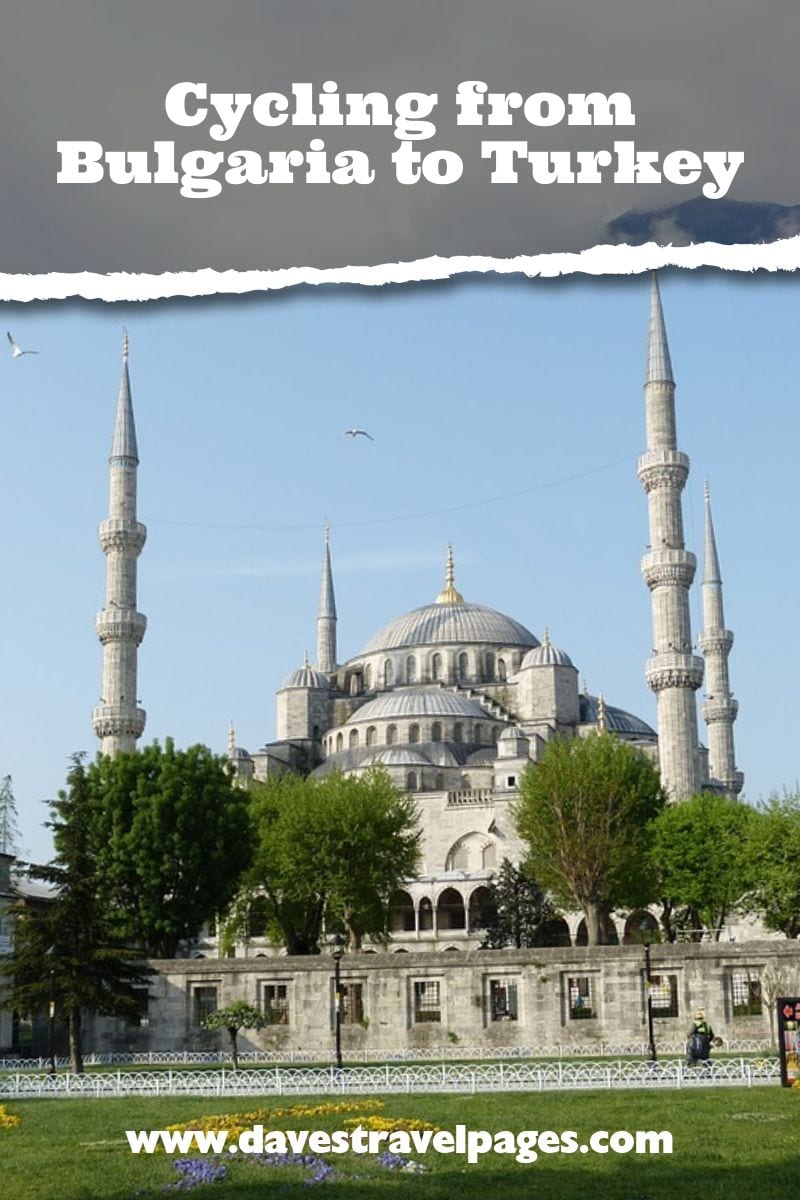