During my bike tour from England to South Africa, I took some time off in Istanbul in Turkey. Here's what I got up to.

Some time off in Istanbul

Actually, I'm kind of itching to get back on the road again, but here's a brief update of the last weeks events.

For most of the time, I've been based in the Sultanahmet area of Istanbul, which is also known as the old city. Whilst in this part I've been staying at the Antique Hostel, which was an ok place for a hostel. Breakfast could be bigger though! 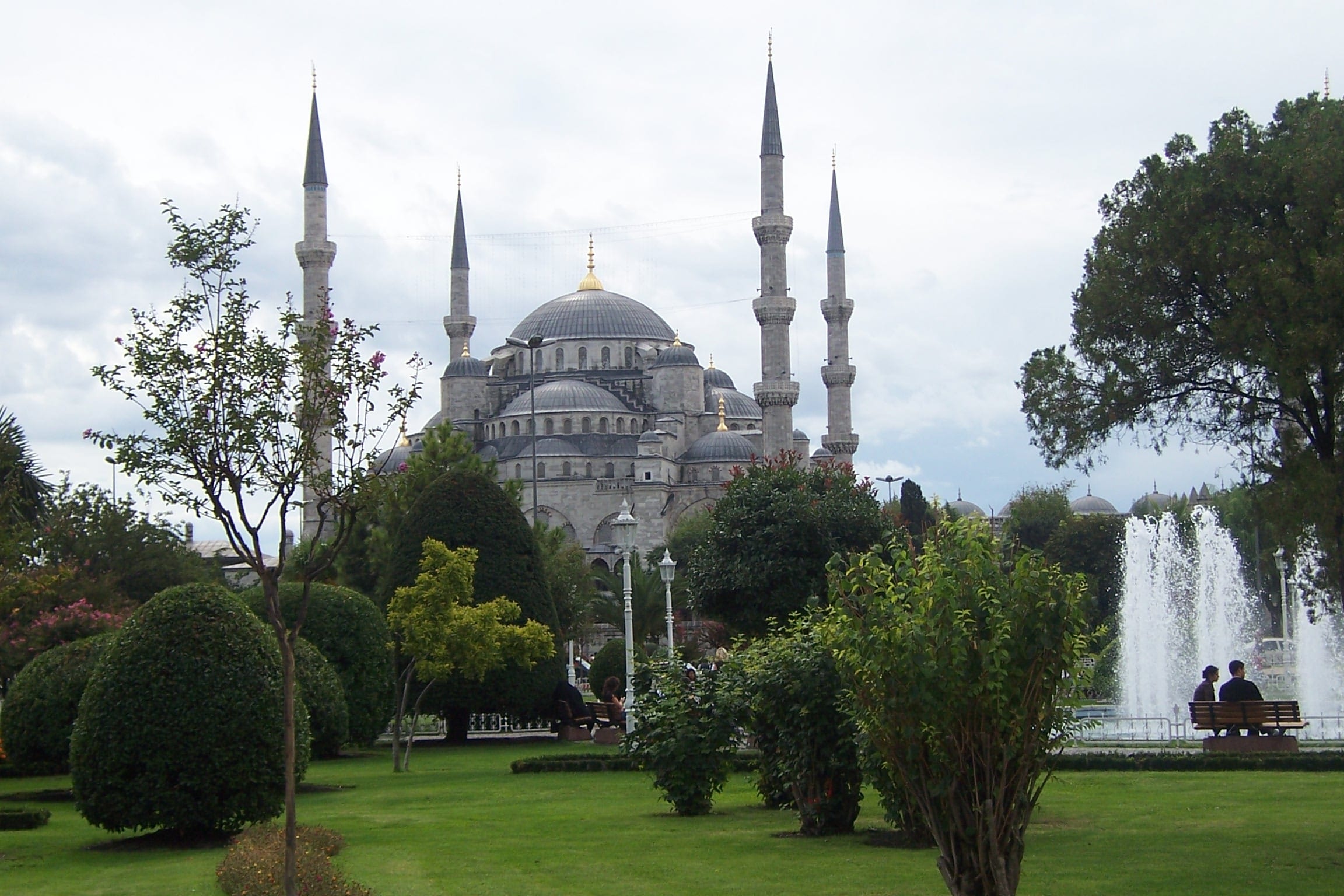 It's been quite handy staying here, as it's close to all the major tourist sites, such as the Blue Mosque, Topkapi Palace and St. Sophia.

The area has a tourist feel to it, however, and some of the prices for meals reflect that, but there are some decent deals to be found.One Mexican restaurant was particularly good value!

The weather has been pretty good during the week here, but it is getting a bit colder at nights, and I can see the mountains being a touch chilly when I return to them!

Meeting my brother in Istanbul

I had several jobs to do whilst I was here, but before I did any of those, my brother flew out for a pint, which was nice of him.

Whilst he was in Istanbul, we went for a more upmarket hotel and I swapped areas for the two days he was over.

We stayed in Hotel Yigitalp which was a really classy four star hotel, in a similar area full of classy hotels. They were so impressed when I turned up on my crap covered bike! Oh well.

After Steve turned up, we went for a beer (obviously!), and had a siesta in the afternoon. In the evening, we went down to the Sultanahmet area, and caught all the major sites lit up, which were quite impressive, and had a meal with more beer.

It was good to catch up on what had changed back home (nothing) what I'd been up too (nothing new, he'd read this site!) and other things of major importance! Seriously, it was really good to see him, and we had a good chat.

Applying for a Visa for Syria in Istanbul

The next day, we were due to do the culture vulture sight seeing thing, but first, we had to go over to the British Consulate so that I could get a letter of recommendation to take with me when I applied for the Syrian visa.

The whole process of getting into the consulate was as new for me as it was for Steve, as we went through turnstiles and security checks to gain access.

We found the office where I handed my passport over and told them what I needed. ‘Come back in an hour, oh and bring 125 lira (40 pounds) with you'.

With an hour to spend, we decided to have a look around what was basically the Galatassary area. There were far more bars and cafes here, so that was decision made on where we would be going at night!

As we walked around, I was quite looking forwards to seeing what my 45 pounds would buy me from the consulate, so imagine my joy when we returned to collect an A4 piece of paper only half full of writing.

I worked it out to be about a pound a word. A marvellous effort on behalf of the British Government !

Still, without that piece of paper, which I then guarded with my life for the next four days, a Syrian visa would be impossible. 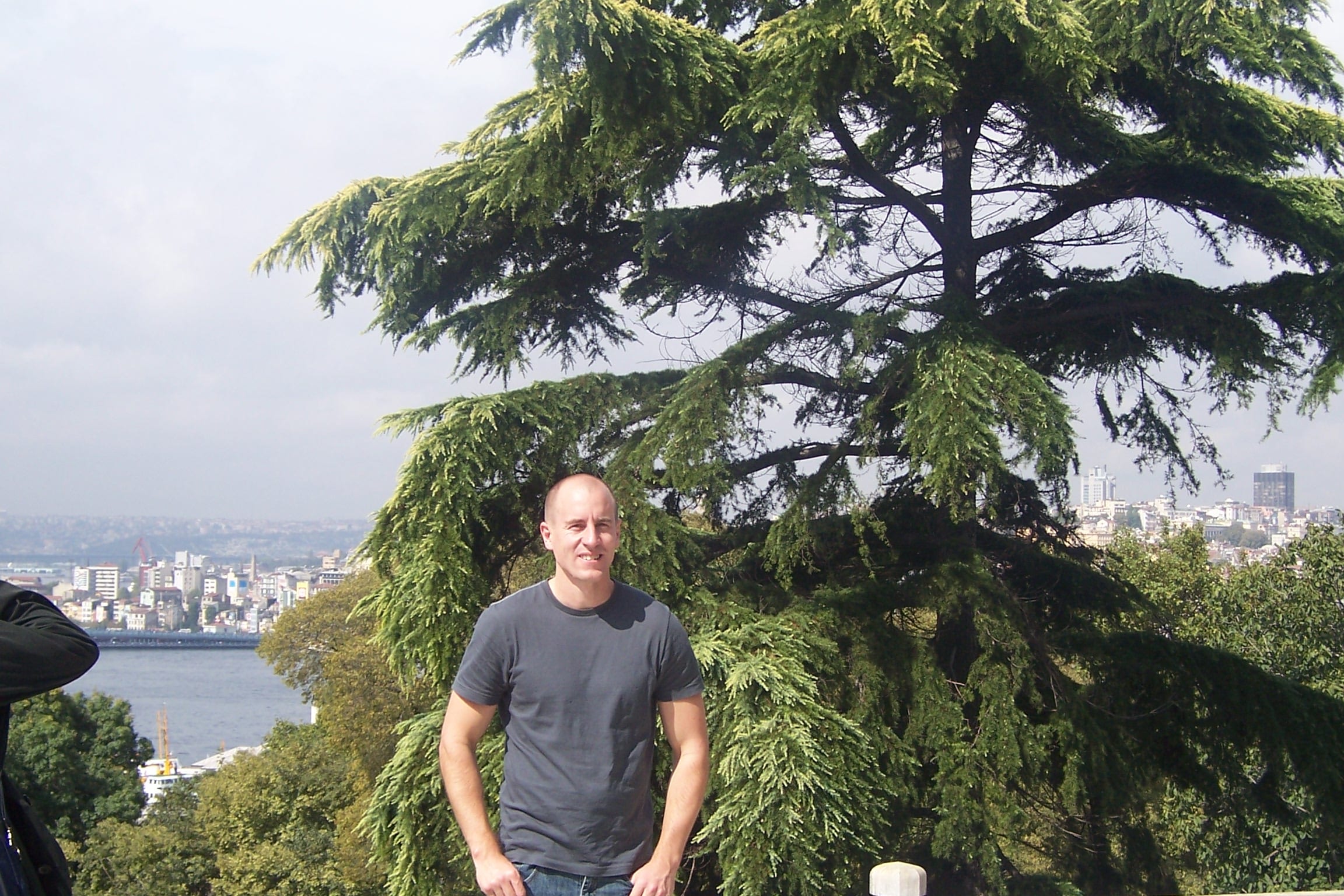 Anyway, with the letter of recommendation now safely tucked away, we decided to visit Topkapi Palace to do our sight seeing quota for the day.

The rooms which housed the weapons were by far the most interesting sections, and we both agreed that you can't have enough sharp, pointy stuff in a place like that.

After we'd done a bit of sight seeing we returned to the hotel (I'm sure a McDonalds was involved somewhere, a beer was for sure), and had a rest before going out in the evening.

We had a great meal and a few beers whilst we talked about, well, actually, neither of us are too sure what we talked about, but the world seemed a righter place for it! A good time was had by the both of us anyway, that's for sure!!

All too soon Steve's time in Istanbul was at an end, and he had to get a flight back (on a dodgy stomach.. hope it went well!), and i had to return to my original hostel.

After I checked in, I took my bike into a workshop for some very urgent cleaning, repairing and servicing. The rear wheel was a bit wobbly and the chain needed replacing amongst other more minor problems.

I left the bike with the guy at Saracoglu Bisiklet, which is located in the bottom of an electronics mall in the Sercesi area, opposite the main railway station. There is a little cluster of shops there, but only this one had a workshop.

Finally – My visa for Syria!

Saturday evening and Sunday I didn't do a great deal… Just read books and vegged. On Monday, it was time to go to the Syrian Consulate to apply for my visa.

The filling out the application form process was straight forwards, I then left my passport with them whilst I went into the bank over the road to pay in the 45 euro visa fee. The joy is constant!

On my return, they said thanks a lot, and to return at 3 in the afternoon. Wandered around for a while and used the net.

When I returned to collect, there was a problem with my application, as apparently you can't put none when asked what your religion is.

Refilled the application form, and in half hour had my visa… SWEET!

This means the route to Cairo is clear as far as paperwork is concerned.

With the visa in my passport, it was off to collect the bike… nice and shiny, just like new! I also bought a spare chain, but I'm not sure why, as i don't know how to replace one.

Total bill – 70 pounds. I felt like crying at this point! My finances have taken a right battering, and there will be a lot of wild camping coming up!

That was a very brief summary!

So that's about it really. I leave on stage 2 for Cairo on Wednesday morning.

I've updated the rough route page so that you can get an idea of where I will be cycling around Turkey, and hopefully Steve is going to write an account of his time in Istanbul, and I'll post that from the main page (get on with it Briggs!). 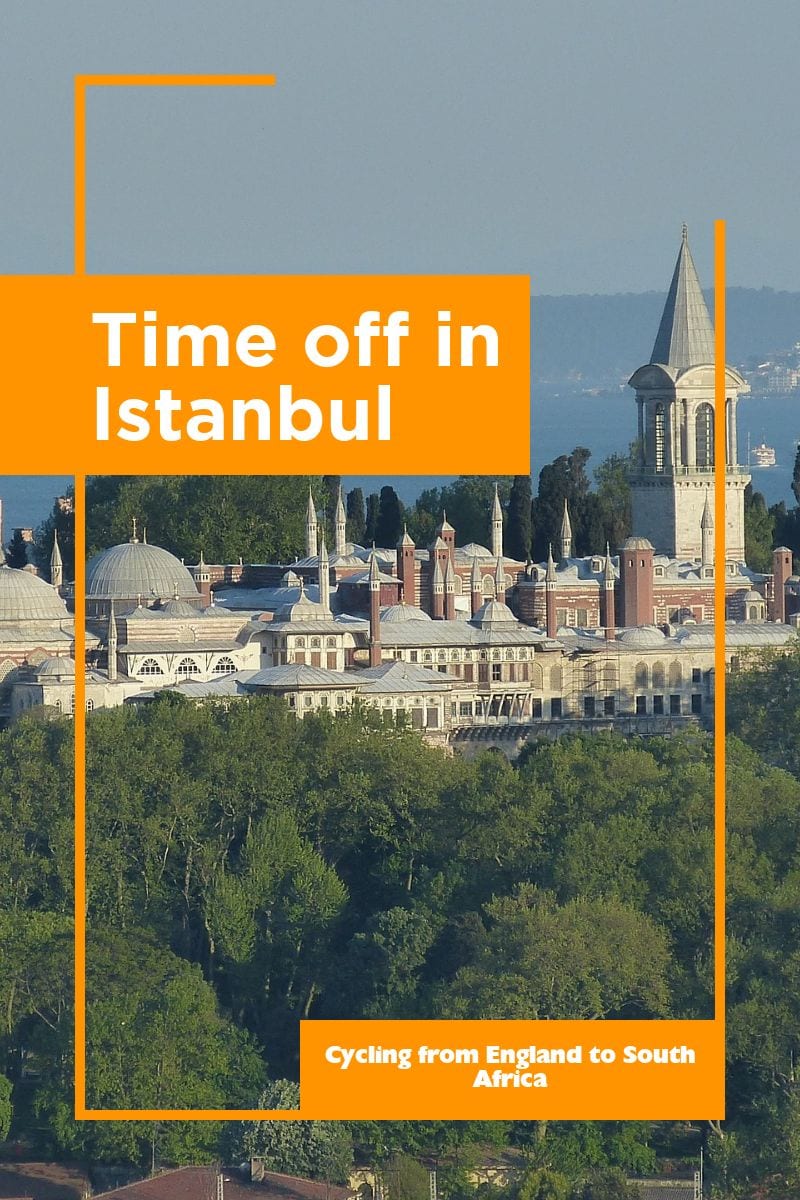