The Destroyer Velos D-16, is one of two floating museums owned by the Hellenic Navy. It is also, to my best knowledge, the only museum in the wider Athens area to focus on the period of the dictatorship in Greece. The Hellenic navy even go as far as describing it as an anti-dictatorial museum. Interested in finding out more? 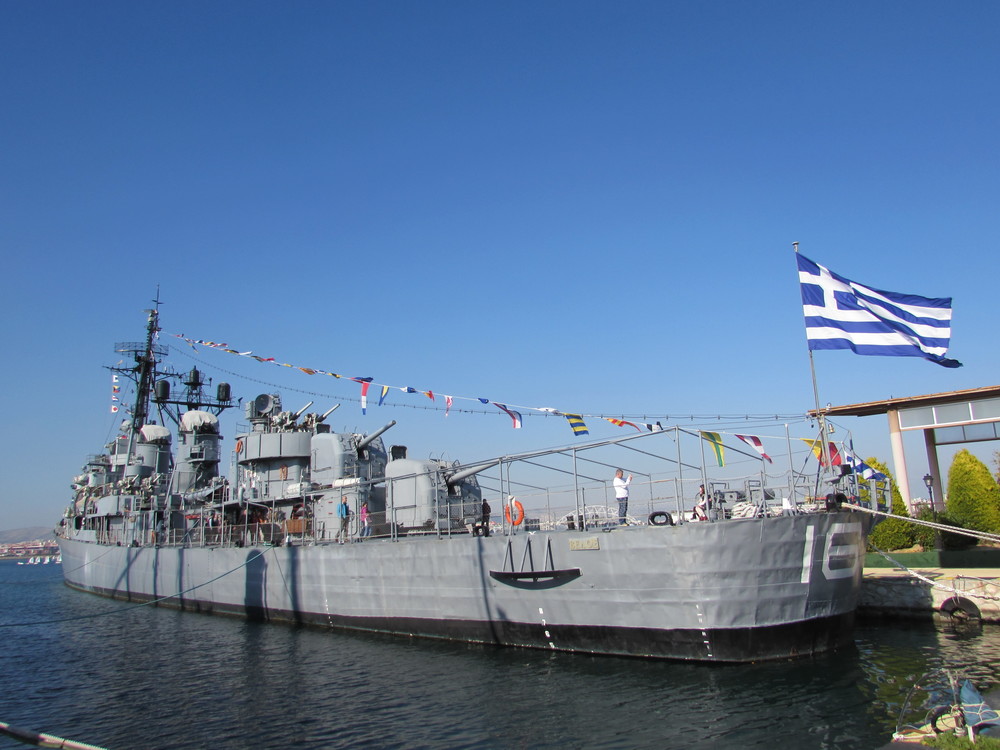 During the last 9 months of visiting every museum in Athens, one period of history became noticeable by its absence.  This was the period of the dictatorship in Greece from 1967-1974. Sometimes known as the Greek Military Junta, or the Regime of the Colonels, no matter where I looked, I couldn't find an official museum dedicated to this period in history. Until I visited the Destroyer Velos D-16 that is! 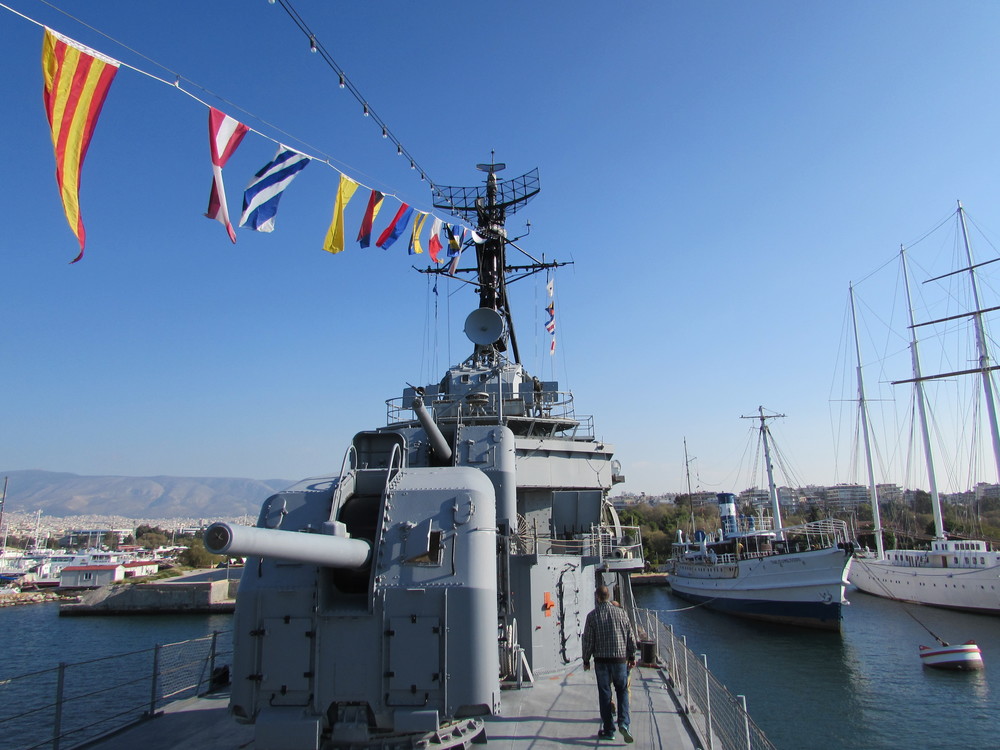 The Destroyer Velos D-16 is a floating museum, currently anchored at Faliro Bay, Athens. Operated by the Hellenic Navy, it focuses on the struggle of the Greek people against the military junta which lasted from 1967 to 1974.

The Destroyer Velos played an important part in this struggle, and the mutiny of its crew in 1973 arguably helped to weaken the grip of the junta.

About the Destroyer Velos

The Destroyer Velos D-16 didn't start off life in the Hellenic Navy. It was originally a  U.S. naval destroyer (USS Charrette DD-581) during World War II, seeing naval combat in the Pacific.

After the war, it was placed out of commission, before being given to Greece in 1959. It was renamed the Destroyer Velos D16 (the word Velos being Greek for ‘arrow').

After entering service with the Hellenic Navy, the ship took part in practically every Greek naval exercise, including NATO exercises. On the 25th of May 1973 though, the captain and crew mutinied in protest against the military junta. 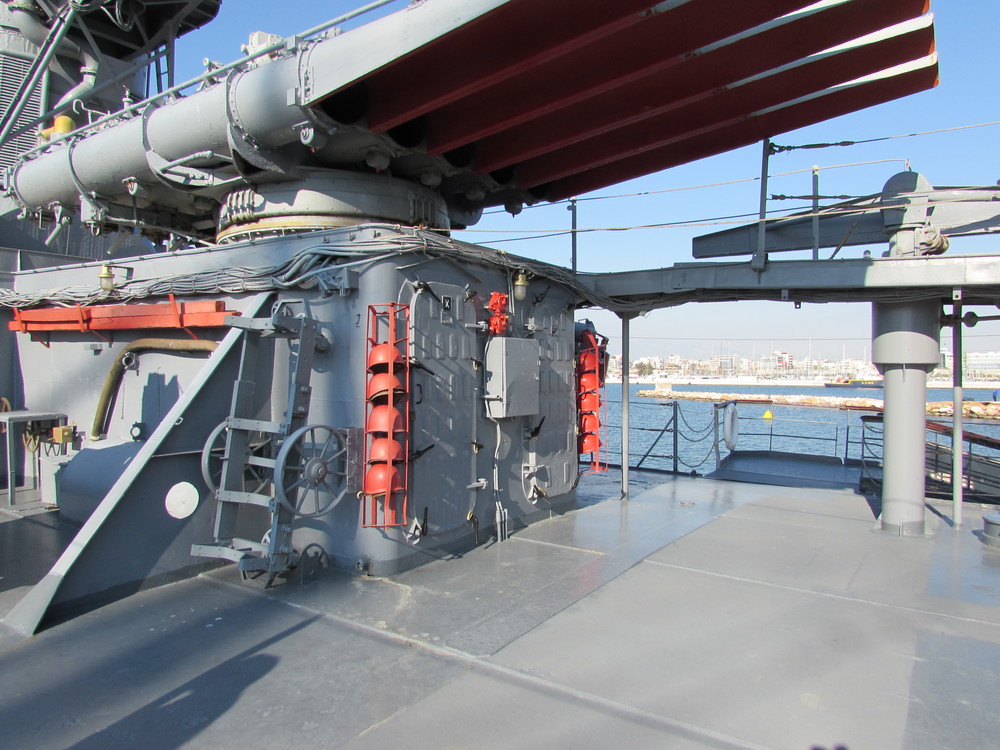 The Velos floating museum serves two purposes. The first purpose, is that the public can walk around the decommissioned destroyer, and see for themselves the layout of the ship, and imagine what life on board was like. 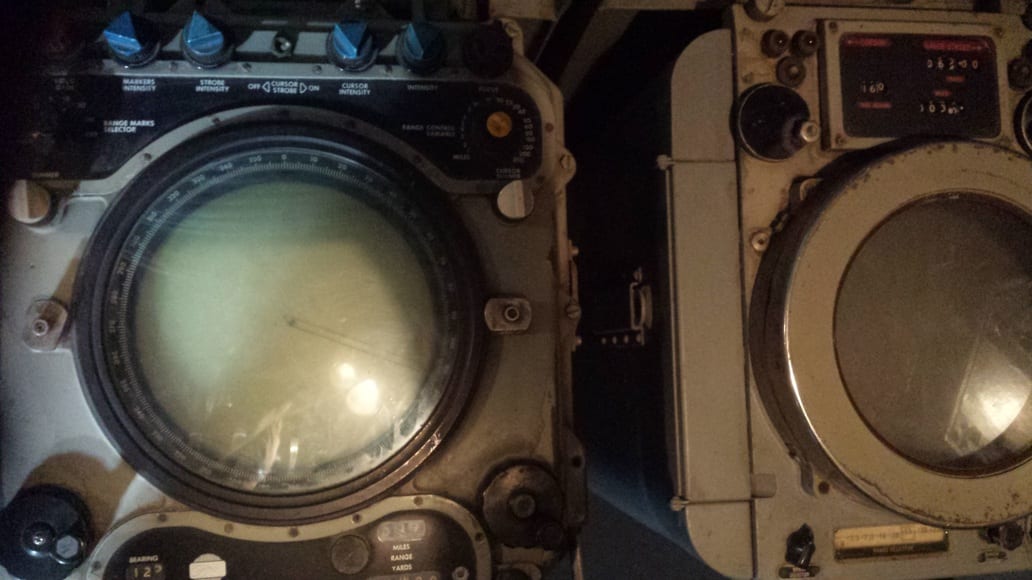 The galley and laundry areas are open to the public, as well as a control room and other areas. At the time of my visit, it was not possible to go below decks to see the bunk-rooms or ship's magazine. 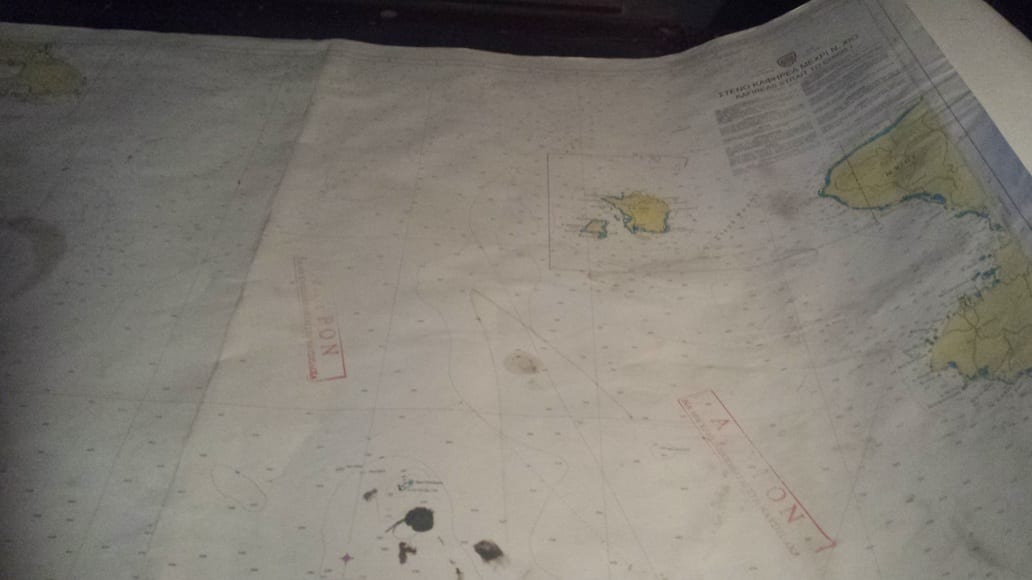 The second purpose of this floating museum, is to describe the importance the Destroyer Velos played in the anti-junta movement. In the Captains Cabin, there are a number of photographs and other documents which describe the events of the mutiny. 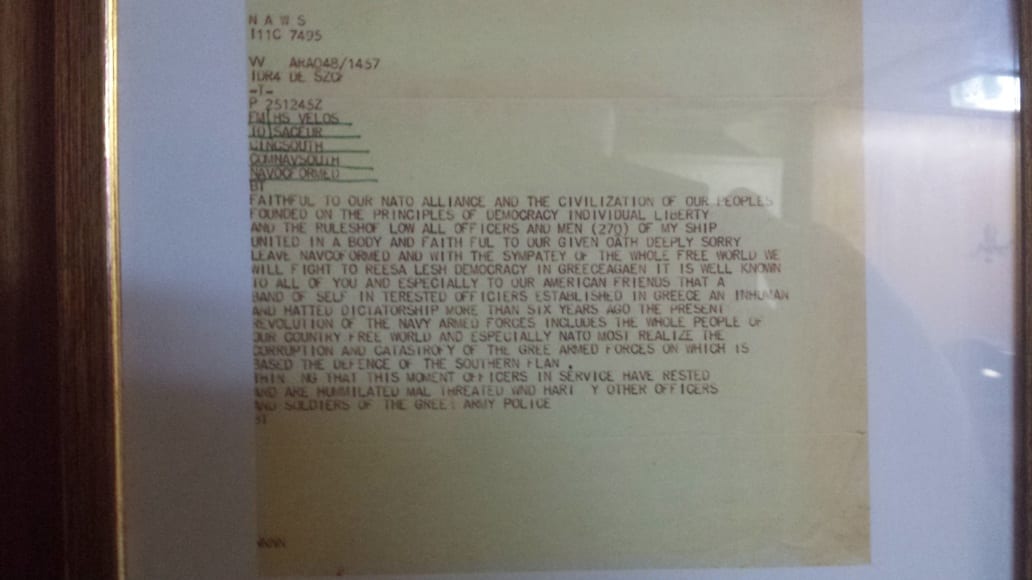 The (much abbreviated!) version of the story is this – The Destroyer Velos was participating in a NATO naval exercise, when on the 25th of  May 1973,  Commander Nikolaos Pappas  anchored the Velos at Fiumicino, Italy, and refused to return to Greece.

The reason for this, is that the captain and other officers had recently discovered that fellow naval officers had been arrested by the ruling Greek military junta and tortured. 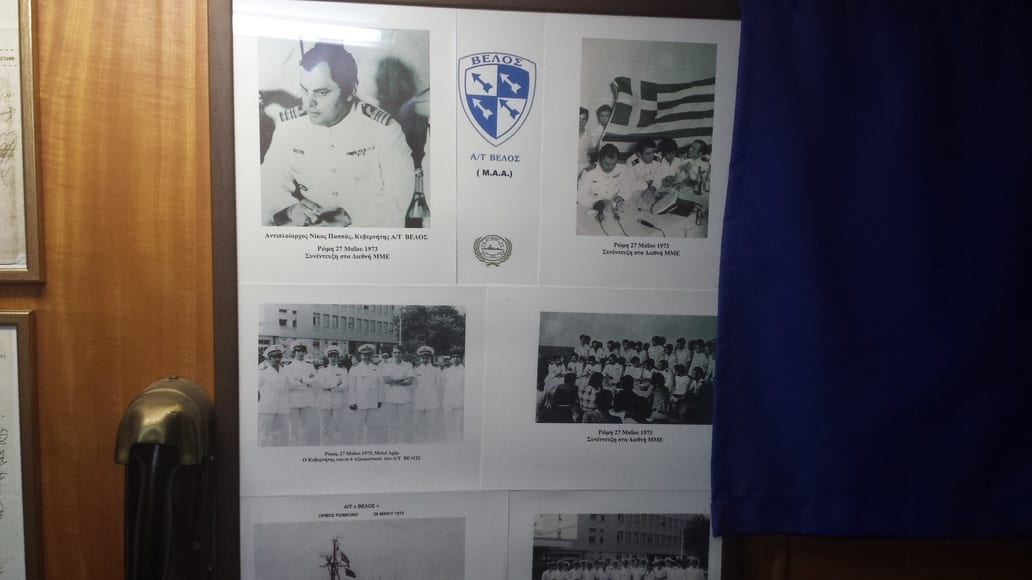 Commander Pappas was a member of a secret organisation of military officers opposed to the junta, and had hoped the movement would remove the regime.

With the arrest and torture of several organisation members though, Pappas came to the conclusion that he had to make a bigger statement to change global public opinion about the junta.  This would put on additional pressure from the outside.

The plan worked, as many international newspapers started to question the legitimacy of the ruling junta because of the action that Pappas took.

It also weakened the control of the junta, and was one of several key moments which hastened its demise. Military rule ended almost a year later, on the 24th of July, 1974. 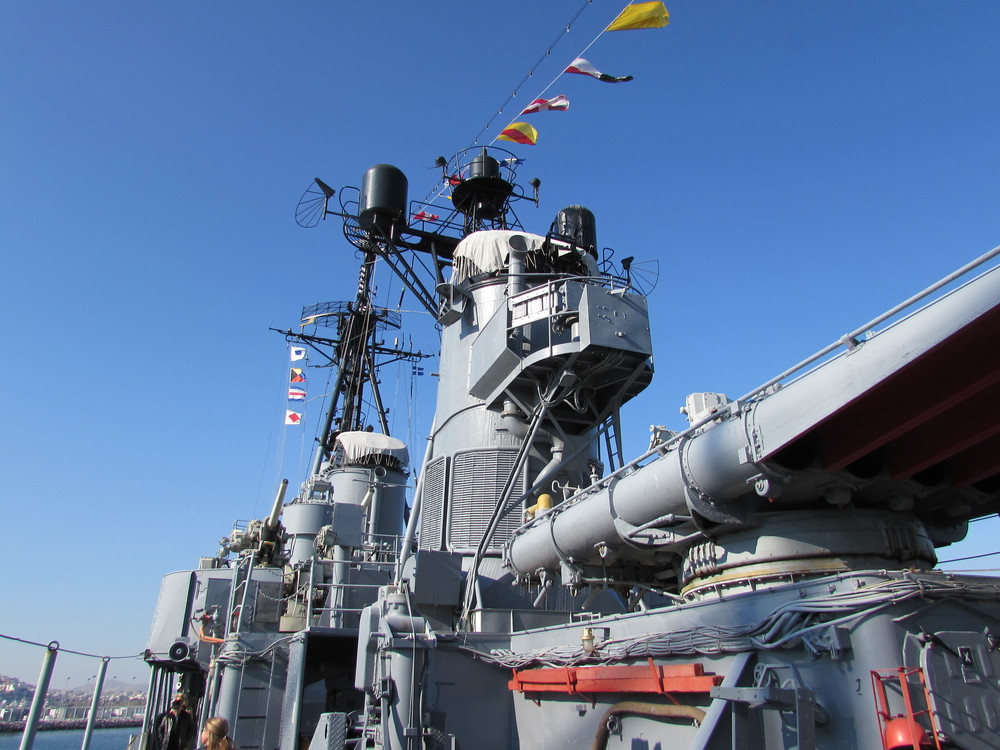 My thoughts on the Destroyer Velos Floating Museum

Discovering that this museum focused on the dictatorship period made me genuinely excited! I fully understand why this period of history is not talked about much in Greece, but it bugged me I hadn't found a museum focusing on it until now.

The Destroyer Velos does that by describing an important event that eventually led to the end of the junta regime. There are plenty of local newspapers from this period displayed, which will definitely be of interest to Greeks.

It is certainly a museum that every Greek should visit, and anyone interested in modern Greek history and naval warships will also love it. You might also find the Athens War Museum to be of interest.

Important note – There are not many signs in English. I would suggest taking along a Greek speaking friend, or consulting the internet on your phone as you walk around in order to really benefit from your visit.